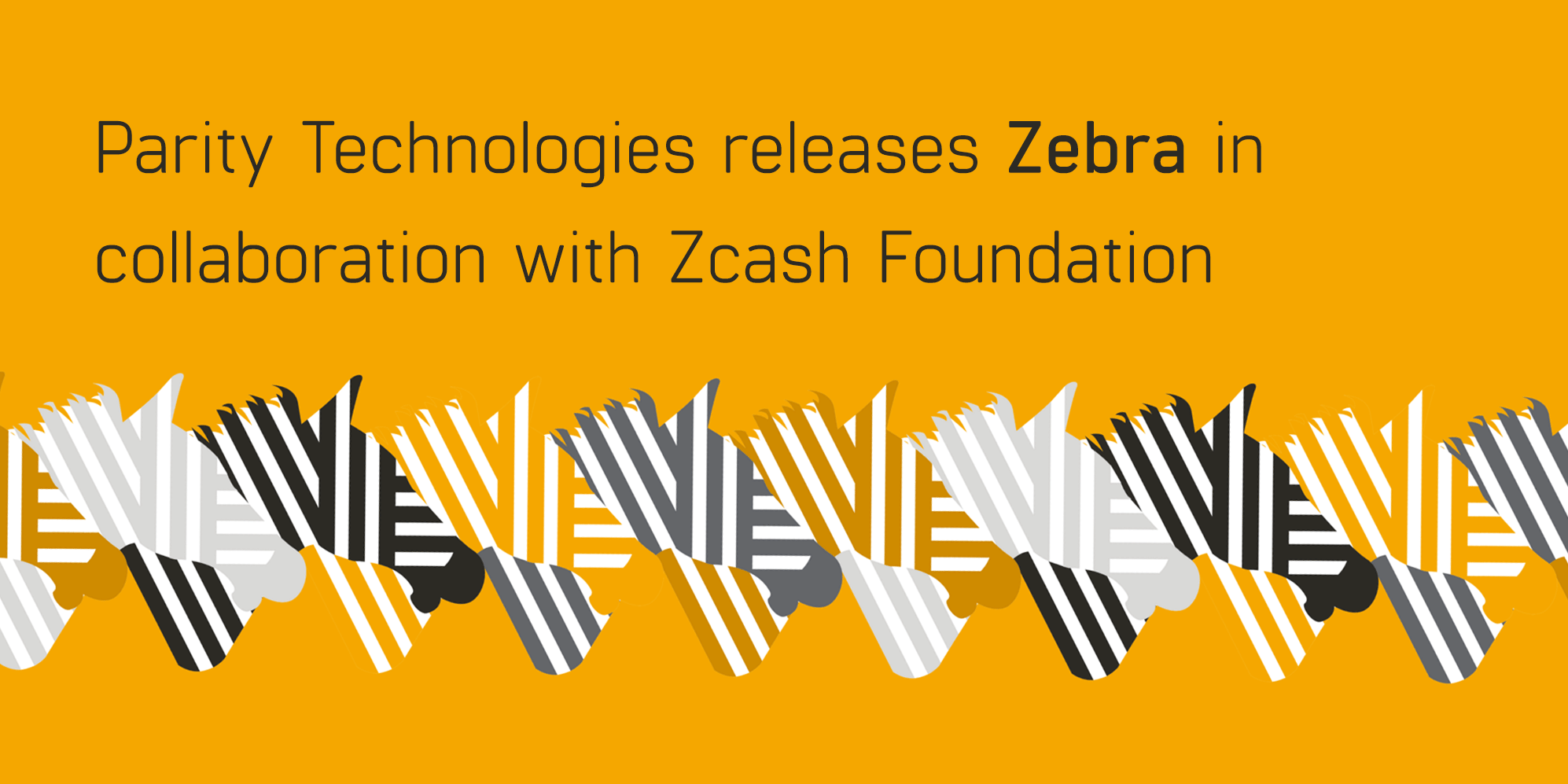 Today marks the alpha release of Zebra, the first Zcash client written entirely in Rust. Tasked by the Zcash Foundation to create a new alternative client to zcashd, Parity Technologies completed the initial implementation of a new Zcash client two months ahead of schedule. The codebase has now been handed over to the Zcash Foundation, which will develop and maintain Zebra. The client offers the Zcash community an independent alternative to the Electric Coin Company’s zcashd.

The project united Parity’s experience in building blockchain clients with the Zcash Foundation’s expertise in cryptography and zero-knowledge proofs. Both teams gained new knowledge and skills, while providing the Zcash community with a multi-client ecosystem.

“During our work on this Zcash client at Parity, we've gained insight and expertise into what it takes to build a Zcash client, while laying the foundations for a future Polkadot bridge. At the same time, the Zcash Foundation has been able to quickly kickstart a client implementation, creating a useful, competitive alternative to zcashd.

The community wins across the board, as there are now more core developers working on clients, with more interests represented and clients taking different approaches on how to build apps on top. Zcash can now boast a more diversified community that can effectively tailor experiences for Layer 2 developers as well as end-users.”

Open-source and licensed under GPL v3.0, Zebra has already been handed over to the Zcash Foundation’s Github repo where it will continue to be developed into a full-featured Zcash client. Zebra was derived from Parity Bitcoin, which led to a quick turnover and fast roadmap after the announcement of the partnership several months ago.

With Zebra, users, developers and miners have a new avenue to engage with the Zcash ecosystem. Read the documentation in the Zebra repo as it continues to update and new features are added by the Zcash Foundation.

The release of Zebra marks the fourth major public network client implementation delivered by Parity Technologies. While Zebra will be primarily maintained by the Zcash Foundation going forward, Parity has learned a great deal in the development process, adding to the team’s extensive knowledge and experience in building core Web3 infrastructure. Special thanks to Anna Kaplan, Josh Cincinnati, and the rest of the Zcash Foundation team for making this partnership so successful and enjoyable.