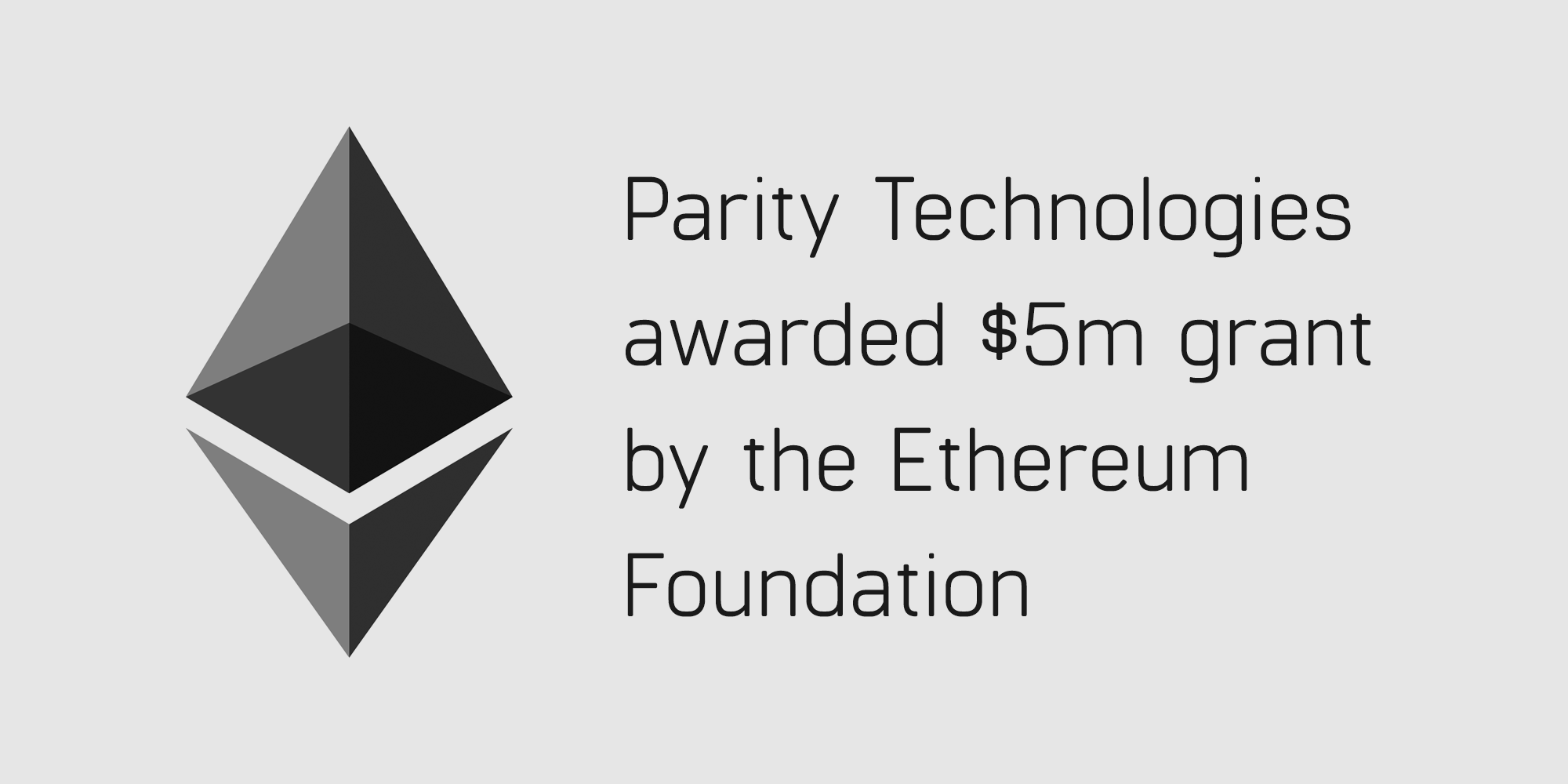 The Ethereum Foundation has announced that Parity Technologies has been granted $5 million USD for its years of contributions to the Ethereum ecosystem and continuing development of the core infrastructure for Ethereum 2.0.

The grant entrusts Parity Technologies to build out its Ethereum development scaling, security and usability, and comes in two distinct tranches. The first tranche has already been awarded and the second will be distributed after reaching specific milestones laid out by the foundation.

Beyond Parity Ethereum, Parity Technologies has developed free open-source tools for developers to interact with the Ethereum network and launch their own EVM-based blockchains, including:

Parity Technologies has been actively contributing to Ethereum 2.0, launching a Casper testnet last summer and implementing an Ethereum 2.0 Beacon Chain with Substrate in September 2018.

The second tranche of the grant will be awarded to Parity Technologies when the following milestones have been completed:

Parity Technologies is committed to implementing Ethereum 2.0, as well as continuously contributing further tools for developers to build decentralised applications.

Parity Technologies has thus far been self-financed, providing open-source core infrastructure software and tooling to achieve the Web3 vision laid out by Parity and Ethereum co-founder Gavin Wood, a vision that comprises:

We are always looking for people to help us achieve our vision of creating trust-free alternatives to traditional systems of finance, governance and society. Head over to our jobs page to see what we offer, and if there is any position that suits you.