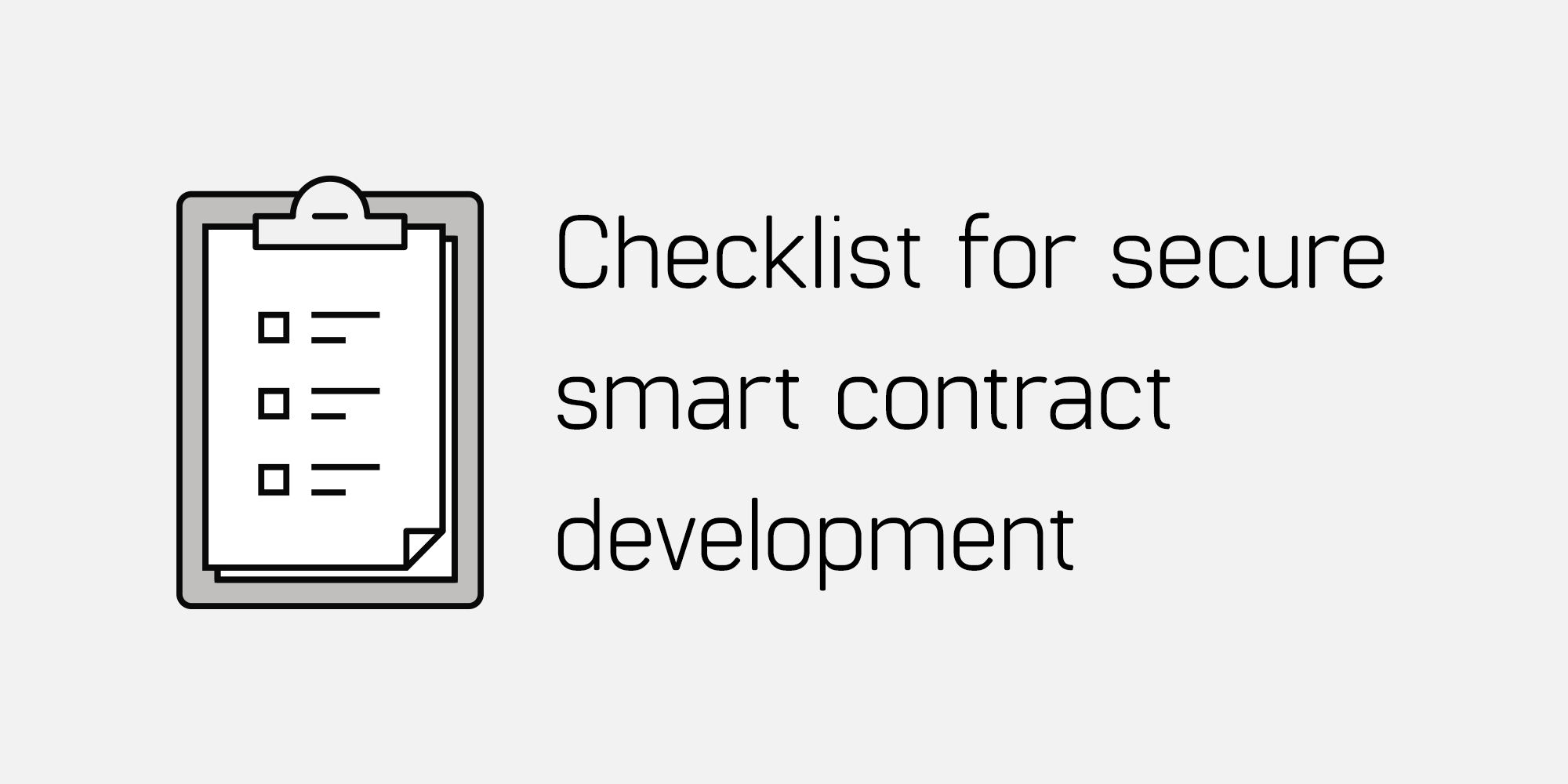 As introduced in a previous post, we have developed a fourteen-point checklist for secure smart contract development. We are happy to provide this checklist as a resource to help the greater smart contract development community develop securely. We’ve incorporated the feedback from our auditing partner, Trail of Bits, in this process, and we welcome feedback on anything that can be further improved. Our policy is to implement these procedures 100% for all new smart contracts we develop. On existing contracts, we have opted out of changes touching the API in order to avoid any redeployment issues.

We hope this checklist helps the smart contract community develop securely. Feel free to post in the Parity watercooler chat if you have any questions about the checklist.