Subspace Labs has completed its first milestone as part of the Substrate Builders Program, bringing us one step closer to a permanent decentralized storage solution for Polkadot and Kusama.

As part of this milestone, the archival history of the entire Kusama Network, including the Relay Chain and all parachains, is now stored on the Subspace Aries Test Network through an integration with OnFinality's Public API service. 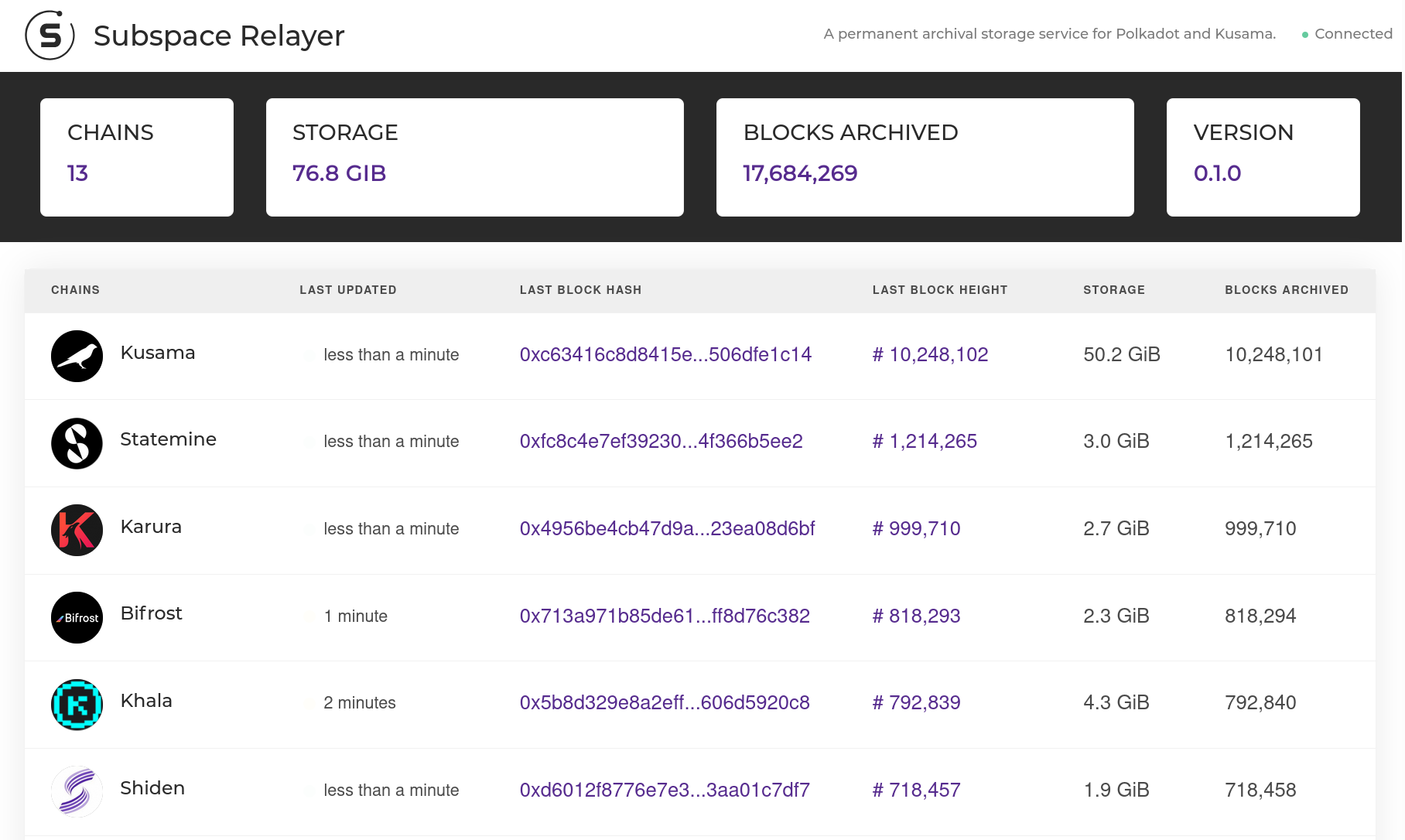 Subspace is a new Substrate-based chain powered by proof-of-archival-storage (PoAS) consensus, comprising proofs of storing the blockchain history itself. PoAS resolves several incentive challenges that lead to centralization in proof-of-space blockchains like Chia or Filecoin. In Subspace, farmers (not miners) store as many unique segments of the blockchain history as their disk space allows. Since this consensus is based on storage, it is eco-friendly and accessible to anyone with available hard disk space. 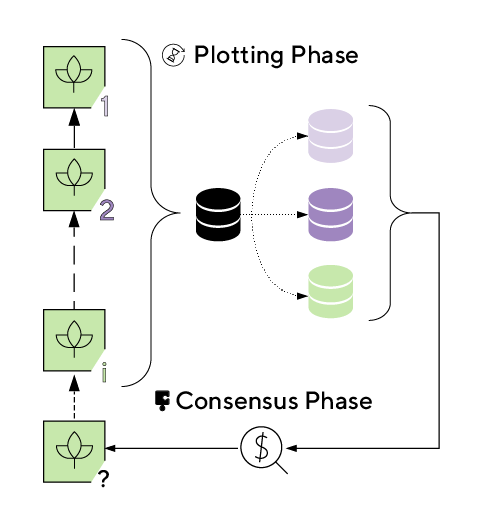 PoAS consensus also allows Subspace to provide permanent decentralized storage for protocol and application developers at a previously unimaginable scale. This is possible because farmers store the blockchain history collectively, allowing them to operate as a single distributed archival node. Data may be permanently stored on the network by simply embedding it within a Subspace storage transaction and later retrieving it from the farmer network. As more farmers join, network capacity grows, and storage costs go down.

Subspace will support the Polkadot and Kusama ecosystems in the following ways: 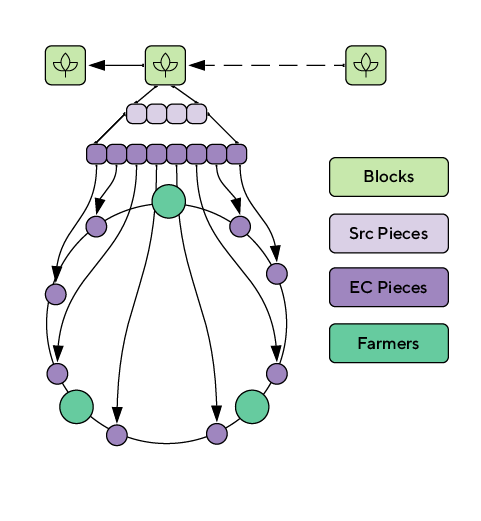 A Web3 Foundation Grant funded the initial implementation of Subspace. The output of this grant was Spartan, a simpler proof-of-space consensus blockchain, which began as a fork of BABE consensus. Since then, the team has been working hard on the next iteration of the protocol and recently completed their next major milestone as part of the Substrate Builders Program, including the following key deliverables.

As part of this milestone, Subspace has launched the Kusama Relayer, a decentralized storage application that archives the entire history of the Kusama Relay Chain and all parachains on the Aries Test Network.

By integrating OnFinality’s Enhanced API Service, Subspace Relayer nodes can subscribe to new finalized blocks of the Kusama Relay Chain and all live parachains. Relayer nodes then bundle each new set of blocks into a storage transaction before submitting to the Subspace Storage API. For more details on the relayer architecture, read the recent medium post from Subspace Labs.

OnFinality is also a graduate of the Substrate Builders Program who provides core infrastructure services to developers primarily on Polkadot and Substrate-based networks. Its API Service allows developers to access high-performance managed shared nodes without any setup and minimal cost.

In their next Substrate Builders Program milestone, Subspace Labs plans to provide the following key deliverables.

Have an idea or project built for or on Substrate? The Substrate Builders program can support your project up to launch and will continue to offer longer-term support depending on the project’s needs. Learn more and apply now.