Parity teams up with Zcash Foundation for Parity Zcash client 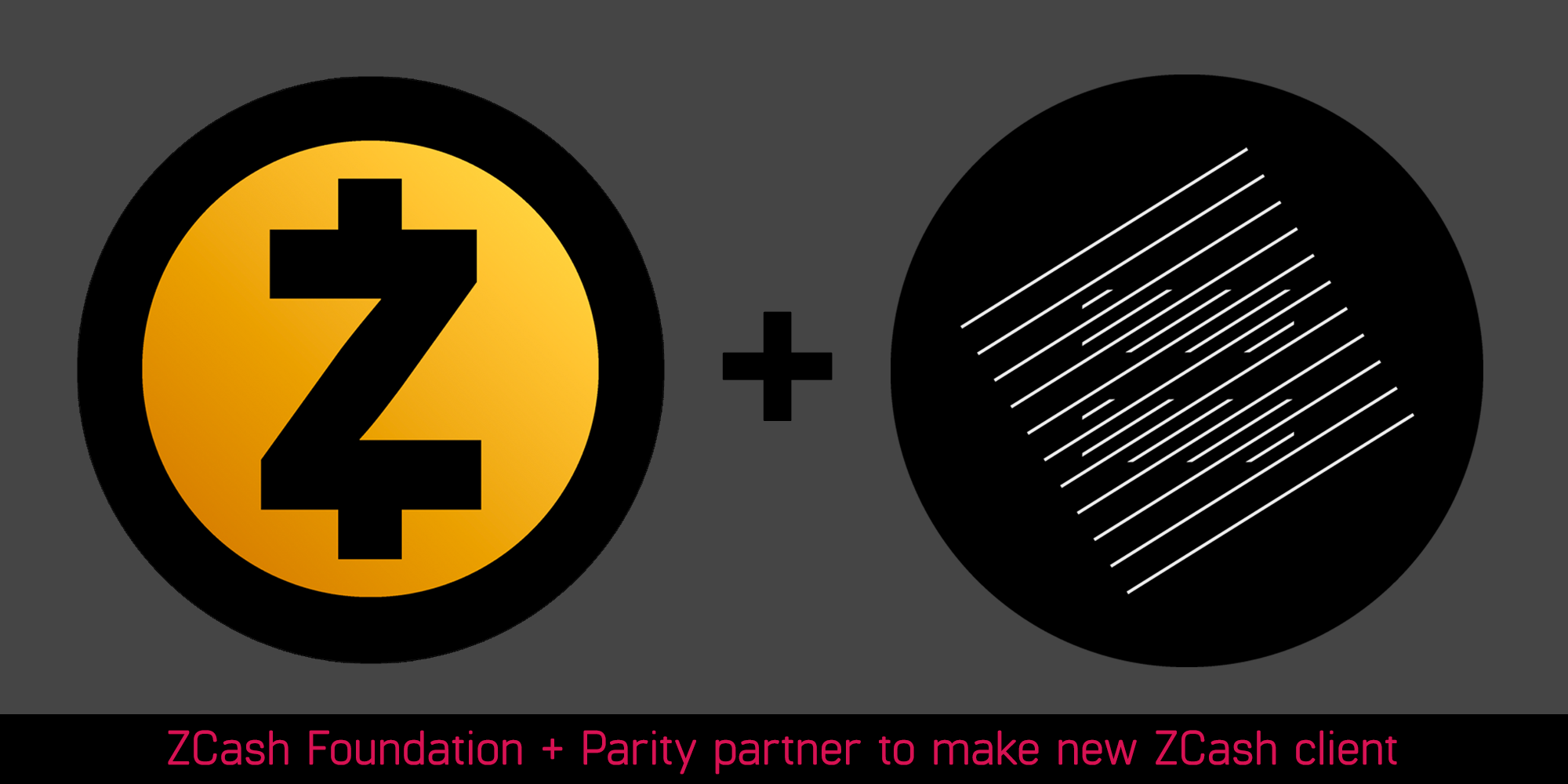 Parity Technologies has partnered with the Zcash Foundation to build the first alternative client for Zcash. The new Zcash node will be written in the Rust programming language and will be the first alternative client after Zcash Company's zcashd, the only full node software available for Zcash. Parity will draw from its experience in building client implementations for Ethereum and Bitcoin to produce a fast and reliable implementation for Zcash.

Developers with experience in Rust will soon be able to have a greater impact in the space of applicable zero-knowledge proofs and privacy software. Former Parity CTO Fredrik Harrysson said, “Our technical collaboration with the Zcash Foundation will bolster the cryptocurrency as a tool for financial privacy. We’re excited to leverage the time and expertise that we’ve already invested in Parity Bitcoin, while familiarizing our engineers with zero-knowledge cryptography and building a foundation for a Polkadot Zcash bridge.”

In producing a Parity Zcash client, Parity Technologies adds an important piece of open-source software to its tech stack and vision for a decentralized web.