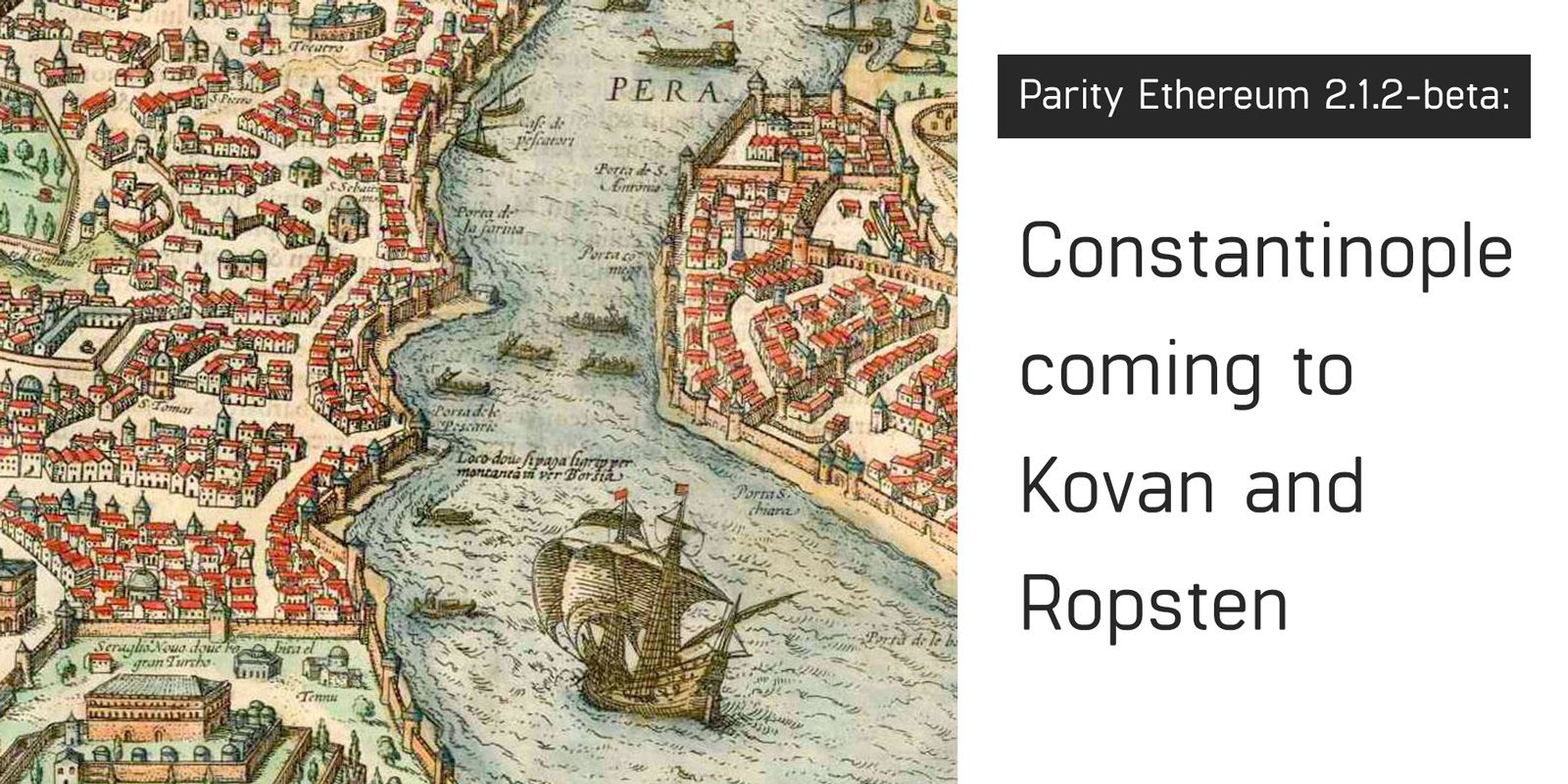 Parity Ethereum 2.0.7-stable and 2.1.2-beta were released today, marking a major step toward the Constantinople hard fork on the Ethereum mainnet. Today's release includes Constantinople support for the Kovan and Ropsten networks, as well as the POA Core mainnet Hard Fork 2. Along with many improvements and optimizations, support for EIPs 145, 1014, 1052, 1234*, and 1283 are included and will activate on Ropsten and Kovan on the following dates:

If you are running one of the above networks using Parity Ethereum, we recommend to update as soon as possible. Once enough time has passed after the network upgrades on Kovan and Ropsten, Ethereum core devs will decide on a block number for Constantinople activation on the mainnet.

There are many other small optimizations for this release of Parity Ethereum, including a hard fork for the POA Core mainnet at block #5,329,160 (October 22nd, 2018).

For the complete list of changes, check out the entire changelog on Github.