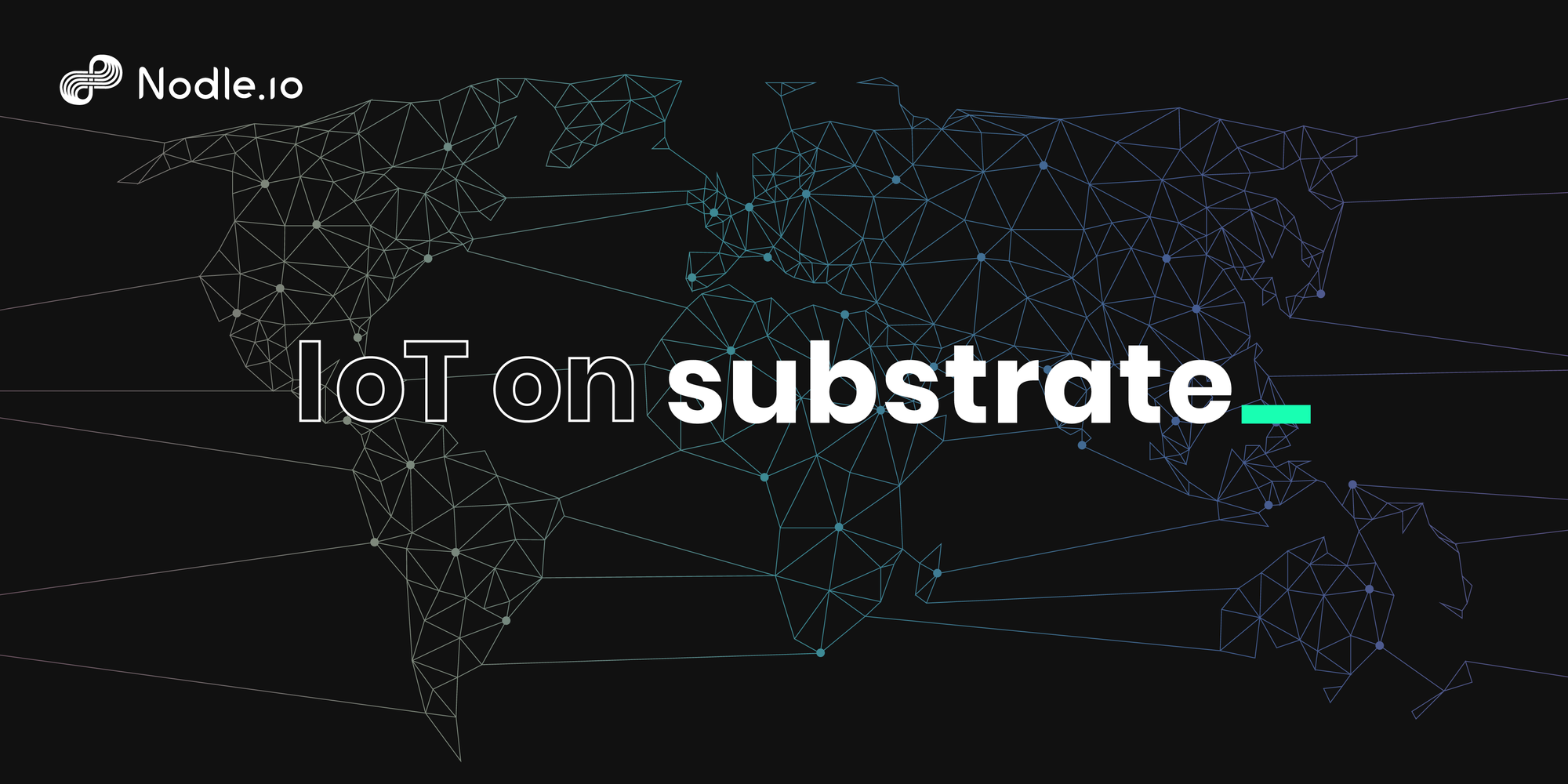 There are millions of smartphones, smart TVs, and even smart refrigerators. It isn’t just the powerful microprocessors inside of the countless devices and sensors that make them “smart,” it’s also the fact that they interact with the internet and other systems autonomously. The “Internet of Things” (IoT) is the term for the growing reality that internet hardware is more than just our computers and smartphones, it’s also the devices and monitors in our homes and throughout our public life.

Autonomy and interoperability are necessary functions for the success of IoT devices, and they are also core to the vision of Substrate and Polkadot. Substrate is the blockchain framework that gives ambitious projects like Nodle.io (Nodle) the unique ability to deploy an autonomous IoT network that directly connects to other blockchains.

Nodle is a privacy-first IoT connectivity and security startup that provides connectivity for IoT devices and sensors, and will be using Substrate to power its global rewards network and decentralized identities, Nodle Cash.

The first is connectivity. It can be expensive to deploy the infrastructure for connecting millions of remote devices and sensors, with maintenance adding to an ongoing and growing fixed cost. Deploying always-online infrastructure is also excessive for many use cases where daily updates are sufficient. 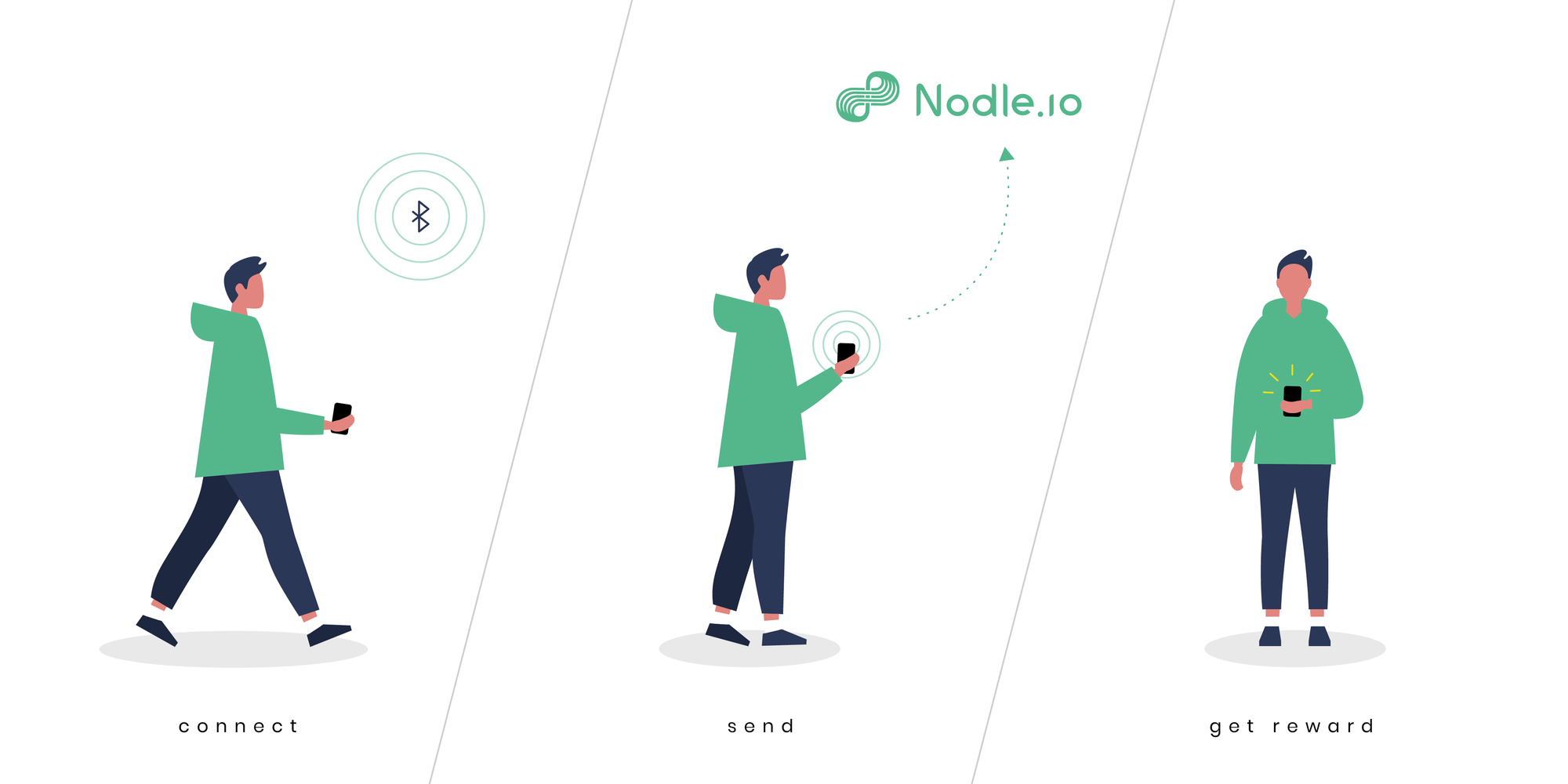 Nodle solves this problem by securely connecting remote sensors and devices via millions of smartphones around the world that passively collect Nodle's IoT devices and relay the latest data to the Internet The Nodle Cash app, which rewards users for providing connectivity to remote IoT devices has been downloaded over 20,000 times and running on over 10 million additional phones either have the app preinstalled (in the case of HTC Exodus) or contain the Nodle SDK. With the Nodle Cash app (App Store, Google Play) and a Bluetooth Low Energy (BLE) smartphone, a user can receive the Nodle Cash cryptocurrency for simply walking or driving near IoT devices, where the phone acts as a secure relay to transmit sensor data to the cloud, all while anonymizing the data and protecting every user's privacy.

The second major issue IoT devices have is security. Over the last few years, smart home devices and smart remote devices have been shown to have serious security flaws. Nodle, on the other hand, is fighting for a privacy-first, secure IoT market. Nodle's security stack for IoT allows users to encrypt, sign, and verify data generated by each IoT device, as well as anonymize their devices in a wireless environment. Nodle supports encryption engines common in many cost efficient, off-the-shelf chipsets.

The Nodle network currently processes over 1.2 million micropayments per day on the Stellar network. However, in order to maintain its original vision, the Nodle team decided that they needed to increase scalability and upgradability. With Substrate, Nodle will implement a fast and secure blockchain for sending rewards to their millions of users daily, and build a foundation that allows their user base to grow unbounded, while keeping their blockchain decentralized and secure. 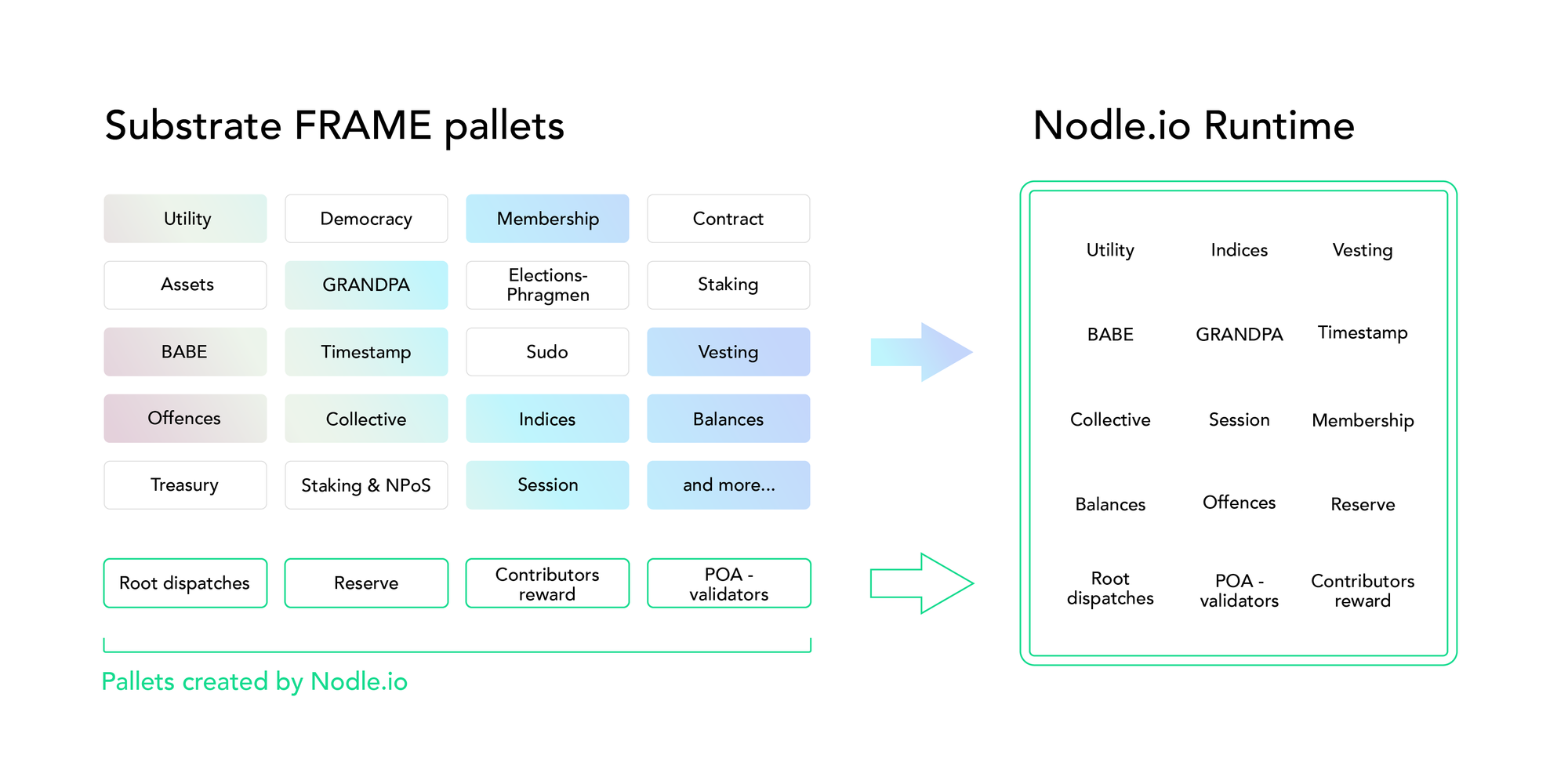 The modular nature of Substrate allows the Nodle community to easily add features built by Parity and the Substrate community, without the risk of forking during an upgrade. These modules, called pallets, allow blockchain developers to compose custom blockchains that suit their needs, all with little configuration.

One custom pallet the Nodle team is working on is "Allocations,” which disburses the massive amount of payments in an efficient way without clogging their blockchain. Processing over 1 million micro-transactions per day requires a lot of computational power, and can be better served off-chain, which is why they are planning on off-loading the high-intensity processes to Substrate's off-chain workers. This allows the blockchain to run smoothly, but still keeps the processing methods transparent and decentralized. Substrate allows highly scalable transaction throughput as well, depending on how you build your blockchain.

The Nodle Arcadia testnet, built on Substrate, is already live.

Substrate and its Ecosystem

Nodle has joined the Substrate ecosystem, and has received support from Parity and the Web3 Foundation (W3F) along the way. Parity's Substrate Builders Program is assisting the team with expert advice from Parity's world-class blockchain developers, and the W3F has given a grant to Nodle to develop their PKI system built on Substrate to decentralize Public Key Infrastructures and remove the underlying root of trusts.

Want to begin building your scalable, upgradable blockchain? Head to Substrate.io to get started.