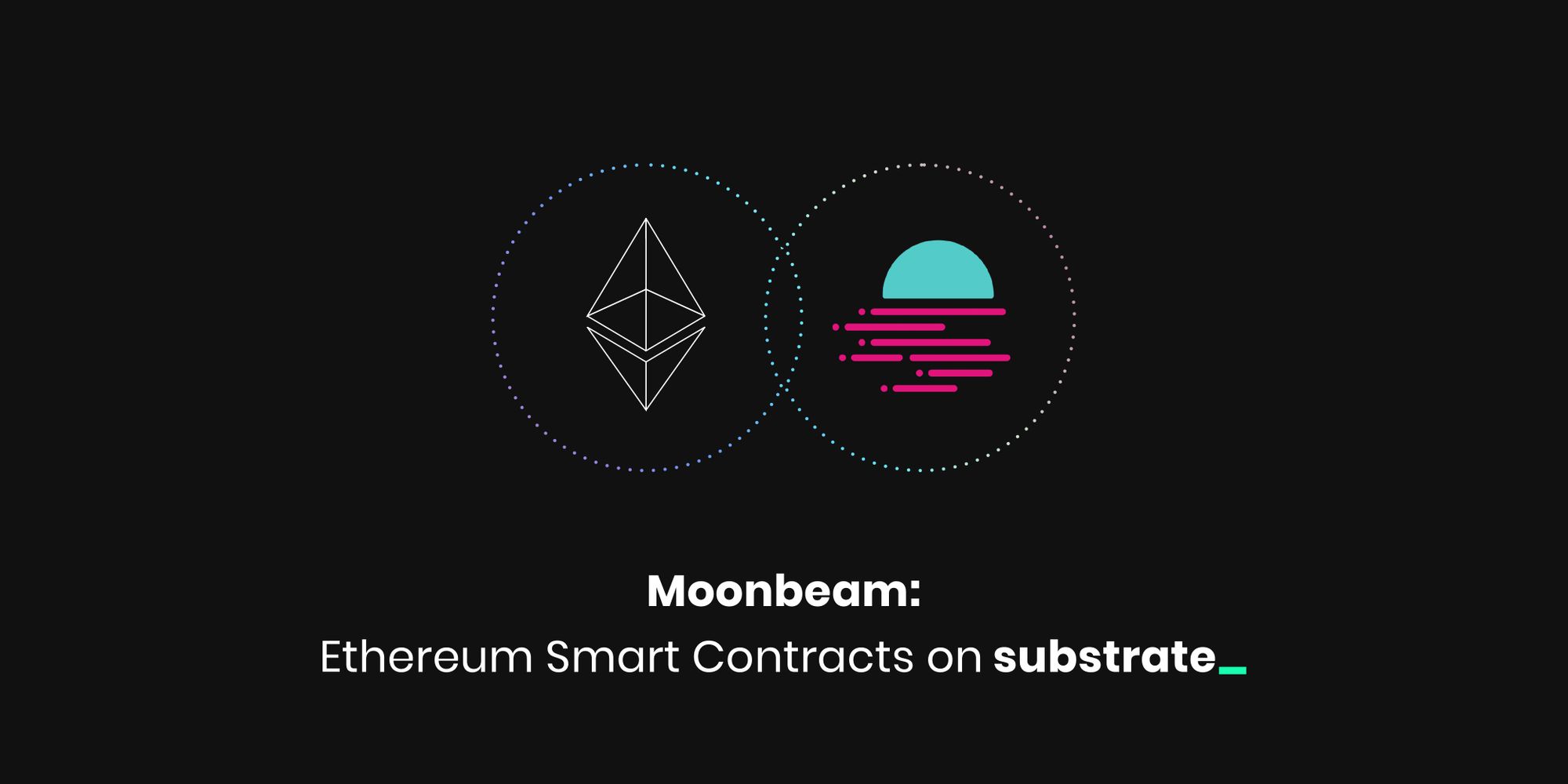 We already know that Substrate makes it easy for blockchain builders to design and deploy blockchains, but how can decentralized application developers start deploying their applications on Polkadot without building an entire blockchain?

Enter Moonbeam, a Substrate-based smart contract chain that plans to be a parachain on Polkadot, giving smart contract developers a familiar experience to deploy their applications for the quickly-growing Polkadot ecosystem. Moonbeam makes it easy for developers who are familiar with the Ethereum smart contract toolset to harness the network effects that are quickly gaining traction on the Polkadot network. Applications built on Moonbeam benefit from the interoperability within the Polkadot ecosystem, as well as interoperability with Ethereum and Bitcoin.

Ethereum compatibility and beyond

For a variety of reasons, many developers and teams have already shifted their focus from dedicating their platforms on a single blockchain to having a multi-chain solution. Some projects have cited concerns around scalability, that the Ethereum foundation mainnet is getting too expensive to deploy and use their applications. Other projects are concerned about the direction of the Ethereum 1.0 chain, with much of the focus moving to Ethereum 2.0 (Serenity), and do not want to wait for those new features to be implemented. Some projects also realize that they need more direct community agency to govern the upgrades and potential fixes that will be necessary in the long run.

Projects with these concerns do not want to throw away all the hard work they’ve already invested into developing applications on Ethereum, and yet need a way to address their concerns, which is why Moonbeam is offering a new way for decentralized application developers to get scalable, governable applications.

With Moonbeam, developers can easily port their existing applications’ code to deploy on the more affordable, directly-governable Moonbeam platform. This means smart contracts written in Solidity are directly compatible with Moonbeam’s EVM. Developers can also gain the benefits of the existing Ethereum tooling ecosystem such as Truffle and a Web3 RPC. Even the successful Metamask browser extension can be used by developers deploying Dapps on Moonbeam.

We’ve already seen the success of “wrapped bitcoin” on Ethereum. The decentralized bridge between Polkadot and Bitcoin allows even more liquidity to be harnessed by the Moonbeam community, allowing many hodlers to put their Bitcoin to work.

Substrate, the next-generation blockchain framework, supports a multitude of modules that developers can easily integrate into their blockchain, including an already-existing Ethereum Virtual Machine pallet that Moonbeam is utilizing. The Moonbeam community can also leverage other pallets that will help the smart-contract blockchain be more full-featured, such as on-chain governance modules, social recovery for lost accounts, and funding opportunities via the on-chain treasury.

Beyond Substrate’s own pallets, the interoperable Polkadot ecosystem will enable Dapps on Moonbeam to utilize other parachains’ decentralized finance (DeFi) tools, such as Acala’s aUSD stablecoin, Chainlink’s oracles, Polkaswap’s DEX and much more.

The Moonbeam team was also awarded a grant by Web3 Foundation to work on a Web3-compatible RPC library. This RPC implementation is what allows developers to run Ethereum-native tools like Truffle, Remix, and MetaMask on Moonbeam’s network, which is based on Substrate.

Learn more about Moonbeam by reading the documentation, and sign up to their newsletter to keep up with the latest developments.